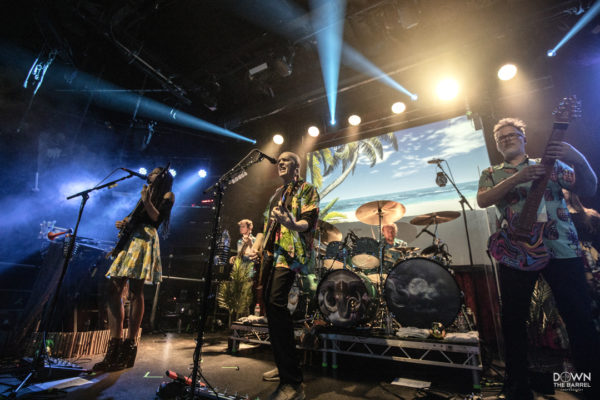 Back for his fourth performance in recent years, Devin Townsend returns to Dublin with a brand new ensemble of musicians and a show that is packed with glorious madness and uplifting goodness.

Opening the night was London based Haken delivering a mixture of progressive technical metal with some added electronic beats. Very reminiscent of Dream Theater and Spastik Ink, the six piece treated the audience to an incredibly technical performance between eight stringed guitars and drums kitted out with an electronic sound board. 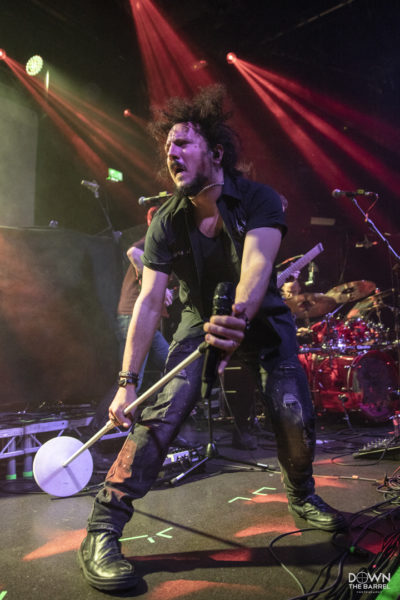 Prepping up the stage in time for Devin, a peaceful beach is displayed on the backdrop screen with roadies bringing potted exotic trees on stage to set the mood.

To get more in the zone, Haken’s keyboard player Tajeda (who joined the performance as Devin’s keyboard player) mixed up a cocktail on stage with a generous amount of alcohol and shared it around acclaimed band members who arrived on stage one-by-one, donned in Hawaiian shirts and why the hell not? At this point the venue knew that that something very special was about to take place.

“Do you like the stage props? Doesn’t it feel like a holiday?” Devin exclaims immediately after arriving on stage in a whirlwind of crowd cheers. “Because we definitely need a fucking holiday with how long this tour is going on“.

Townsend encourages the crowd to forget the outside world for the next two hours and consider the show a holiday that everyone should join in on, before the band opened the night with “Borderlands” and following into “Evermore“, both off the latest album Empath.

Townsend had previously publicly expressed concern at how the live performances would be pulled off since so many dynamics and layers were put into the recording of the Empath album. 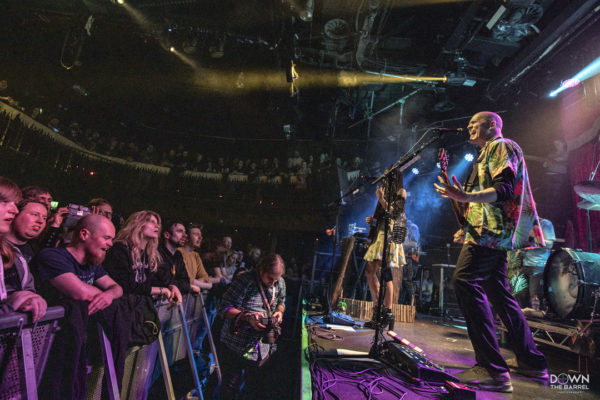 However, this time, an entire band of new members added a brand new dynamic and personal addition to the sound. Vocalist Ché Aimee Dorval adds a much softer and blues-y tone with her vocals compared to Anneke’s (van Giersbergen, who Devin hired as a guest vocalist for many years) high range – alongside adding in guitar duties for other softer songs.

The band reminisced back to earlier Devin Townsend Project work by presenting songs from the 2009 Ki album such as “Coast“, “Gato” (including a surprise break for Devin to ramble about neurosis, before unexpectedly kicking back into the final verse of the song), “Heaven Send“, and blues and funk instrumental “Aint Never Gonna Win“, where drummer Ågren brings out a small, eccentricity styled child-sized drum-kit within a fluffy box. 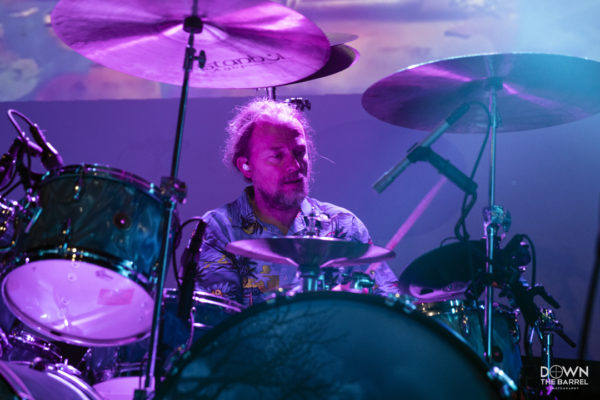 With around a week and a half left on this abysmal tour for the band, Devin showed no physical or mental fatigue onstage; cracking ad-libbed ramblings, ruminations, and some tongue-in-cheek vulgar body-related issues happening during tour – despite announcing he was feeling burned out and lethargic.

During a number of costume changes, it was barely a surprise to many of the crowd to see Devin arrive on stage in a black tutu to set the mood for the ‘Disney-esque’ “Why?”, while signature jazz-hand interaction orchestrated “Lucky Animals“.

“Castaway” leads the intro for the Empath hit “Genesis“, as on the album, breaking the crowd into more hyped up movement, especially for THAT disco influenced break in the song.

However, the crowd is brought to a standstill after the song when it is explained that the reasoning for Empath was the fight against depression, and Townsend dedicates an emotional acoustic rendition of “Spirits Will Collide” to those who have passed on from these complications, where the bands three female backing singers took the spotlight for harmonic vocal duties.

“Now guys, this is the part where we tell you we’re done for the night and leave the stage, except you have to call us back for an encore that we have ‘not’ planned!”

A cover of The Trammps 1976’s hit “Disco Inferno” turns the mood on its head and sends the crowd into a dancing vortex, and multi-instrumentalist Mike Keneally takes over keyboard duties for a cover of Zappa’s “The Black Page #1″, before the entire band kicks into the hit rerecording of “Kingdom” to finish up the show.

A greatly successful and entertaining night of neurotic ruminations, comedic ramblings and more costume changes that can be counted on your hands.

Where Devin previously expressed worry and concern over live performances of the latest album, he certainly pulled this show off above and beyond expectation, and introduced the crowd to musicians who have a fantastic associated acts back catalogue.

Photos Dublin – Down The Barrel Photography © 2019