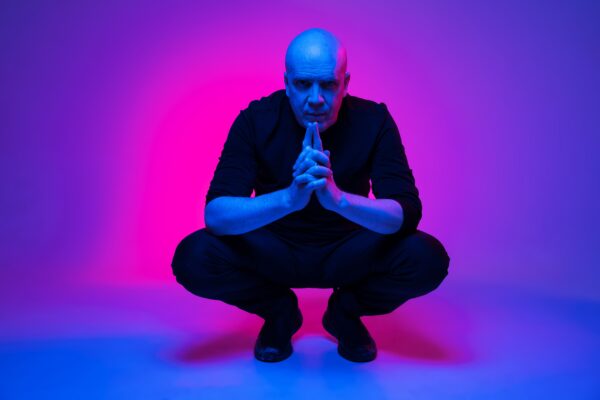 Born out of the COVID-19 Pandemic and following on from his more obscure releases in the shape of 2021’s ‘The Puzzle/Snuggles’ combo, which were received with mix reviews, ‘Lightwork’ is a much more accessible, simplified and almost dare I say it ‘Pop’ in its musical delivery.

Whereas ‘The Puzzle‘ thematically came from the duration of the pandemic, ‘Lightwork’ is most certainly the aftermath and has an almost ‘everything is back to normal’ vibe to it.

Musically you should almost treat his vast back catalogue as an ingredients list for ‘Devin flavoured recipe card‘ and in this case, ‘Lightwork‘ is conjured up with a dash of ‘Ki‘ (2009), a dollop of Sky Blue (2014) and a sprinkle of Accelerated Evolution (2003)

Opening with the somewhat lacklustre ‘Moonpeople‘, the first single release for ‘Lightwork‘ this mid paced ballad may not have been my obvious choice to start the album but it’s a catchy little number regardless.

Now the following track ‘Lightworker‘ is hands down THE best song on the album. Feeling like a mix of ‘Ocean Machine‘ and ‘Empath‘ with a chorus SO HUGE this has to be a live set addition in his upcoming 2023 tour. ‘Equinox‘ and ‘Call of the Void‘ are similar in style, mellow poppy verses with huge choruses whereas ‘Heartbreaker‘ has more complex guitar noodling reminiscent of ‘Z2‘. ‘Dimensions‘ is a definite curveball, an industrial tinged almost Nine Inch Nails vibe with Devin hauntingly whispering throughout the track, climaxing with a bonkers guitar solo and the heaviest outro of triple kick drums, the closest we get to any form of double bass on the entire album. 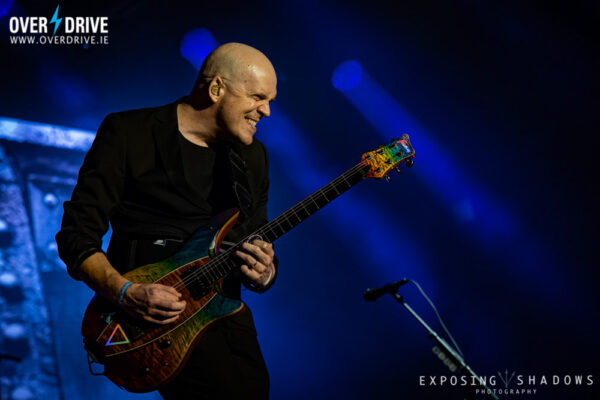 ‘Celestial Signals‘ some fans will recognise as an old song re-done from the ‘Transcendance‘ bonus disc ‘Holding Patterns‘. My only beef is the original chorus which was by far the catchiest part of the song has now vanished and what was the bridge is now the chorus? ‘Heavy Burden‘ and ‘Vacation‘ feel a bit like filler tracks, they are nice songs but just nothing ‘special’.

Closing the album though is the colossal 10 minute beast ‘Children of God‘, and we get plenty of those infamous Devin fry screams as the ambience of the song draws out to the sounds of a beach front, waves lapping and a distant fog horn. Our journey is complete. Sigh.

For those expecting a ‘Heavy-Devy‘ affair with ‘Lightwork‘, you best seek elsewhere or wait for Z3 or possibly the accompanying Demos disc ‘Nightwork‘ (which was not available with this review copy of the album)

Either way, has Devin delivered the goods again… most definitely. Is it his best work to date? No, it is a solid effort and without a doubt, the most Devin sounding album he has released in years, certainly worthy of many many repeat listens, but I do find some songs blend into each other and perhaps I had hoped for something a bit more ‘epic’ throughout.

That said, there are some absolute gems here and will certainly bulk up many a ‘Dev-head’s playlist. This is yet another journey into the genius’s mind with a euphoric feeling of overcoming the pandemic, standing on a beach, the sun beating down and ‘Lightwork‘ is the very soundtrack that can take us there. 8/10

‘Lightwork‘ is available from all good record stores on November 4th. 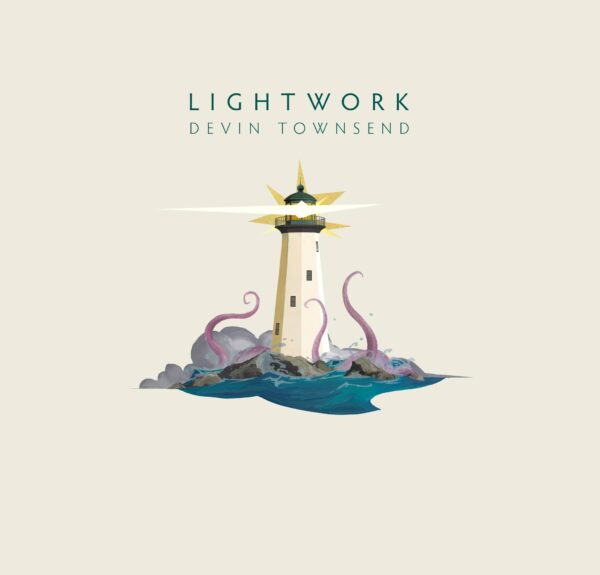