Frank Carter & The Rattlesnakes cracked open their UK/EU ‘Sticky’ tour in the Irish capital last night, with a colourful, and gloriously noisy bang! 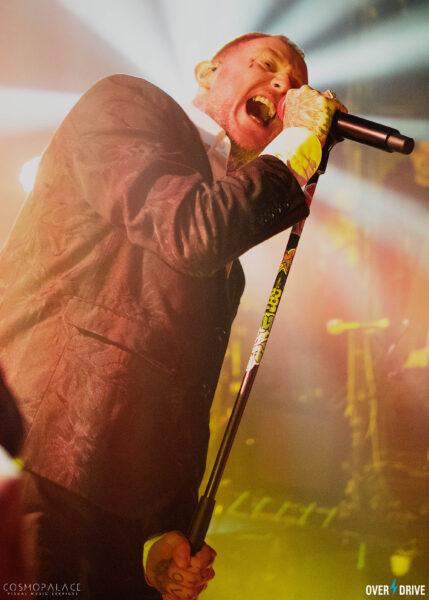 “It’s been way too long. Let’s just take a moment to enjoy this.” Frank Carter.

Considering the volume of postponed/cancelled shows over the last two years in Ireland, there was a growing fear that tonight’s event would join that ever-increasing list, so, as you can imagine, the sight of punters lining up for admission outside The Academy on this unusually mild November night, was truly a sight for sore eyes.

Support for tonight’s show came from the utterly bizarre LYNKS, who bust onto the stage in a head-to-toe sequenced bodysuit, topped off with devil horns, accompanied by The Shower Gel troupe. [Do you get it? Lynks? Shower Gel?] 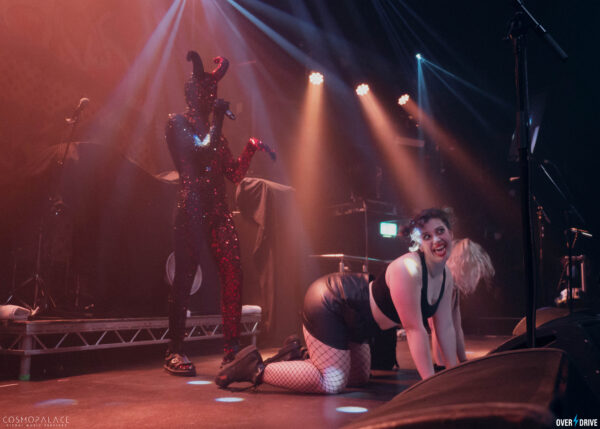 What unfolded over the course of the next thirty minutes was as bizarre as you could imagine. Like a character from Grant Morrison’s ‘Happy‘ black-comic book series, LYNKS took us down figurative dark alleyways, drenched with piss and glitter, much to the bewildered audience’s surprise [and enjoyment].

Imagine Pet Shop Boys doing ketamine with Marc Almond in the late ’90s, and you’ll find yourself somewhere in the vicinity of LYNKS.

Camp-as-fuck and with a razor-sharp tongue firmly lodged in cheek, The Academy [mildly stunned at first] danced, laughed, and eventually lapped up every second of the LYNKS performance, which featuring tracks such as, ‘How to Be Successful‘ and ‘Everyone’s Hot (And I’m Not).

The wonderfully dramatic choreographed moves from The Shower Gels just added to the spectacle, and dare I say, complemented the absurdity of it all.

If you’re not familiar with LYNKS then a little digging will unveil a collaboration with Carter on his recent, ‘Go Get A Tattoo‘ single, as well as many entertaining and extraordinary songs about post-Uni struggles, and hilarious social faux pas.

So, make sure you thrust yourself down that curious rabbit hole, as it’s highly entertaining stuff. 6/10 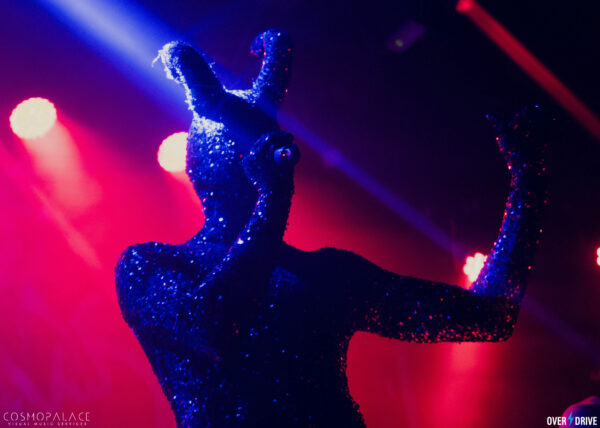 With a generous capacity now filling out both floors of The Academy, it was finally time for the main act.

As each Rattlesnake emerged from the shadows, and the intro for ‘My Town‘ creaked into life, deafening roars almost drowned out the house PA as Dean Richardson took his place followed by Frank, who [suited and booted] immediately took control of tonight’s rollercoaster, and off we went.

‘Wild Flowers‘, ‘Tyrant Lizard King‘ came in quick succession, before the ecstatic, bouncing audience, followed by ‘Kitty Sucker‘ and a touching celebratory moment of appreciation from Frank who addressed the venue, asking us to: “Take a moment… we’ve all been waiting for something like this. It’s been way too long. Let’s just take a moment to enjoy this“. 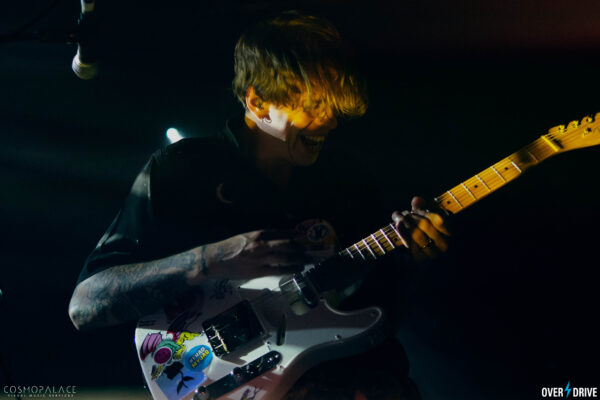 Firing on all cylinders, The Rattlesnakes sound crystal clear [props to the sound engineer] and proceed to unleash a litany of bangers from the bands’ discography, sprinkling in tracks from the new album [‘Sticky‘, ‘Bang Bang‘ ‘Go Get a Tattoo‘, ‘Cupid’s Arrow‘, ‘Cobra Queen‘, ‘Off With His Head‘] which were devoured, by the now, sweaty throng of punters.

A solid hour and a half [ish] set saw Carter give his everything, as he always does, inviting himself into the audience at one point, with Richardson in tandem both amping up the euphoric emotion that was already exploding in the atmosphere.

Earth-rumbling renditions of ‘Juggernaut‘ and ‘Lullaby‘ followed with a scintillating encore of ‘Angel Wings‘, then ‘Rat Race‘, and brain-hacking ‘Crowbar‘, saw a now topless Carter crowd surfing his way back and forth, [much to the disdain of the venue security] before they bid their farewells and left through a plume of illuminated dry ice that cloaked the stage.

The rowdy persistent call for “one more tune” saw a final encore which, to our surprise, was not ‘I Hate You‘, but ‘Original Sin‘ [minus Bobby Gillespie…obviously] seeing the band tie-off a truly tremendous opening night for their ‘Sticky‘ campaign. 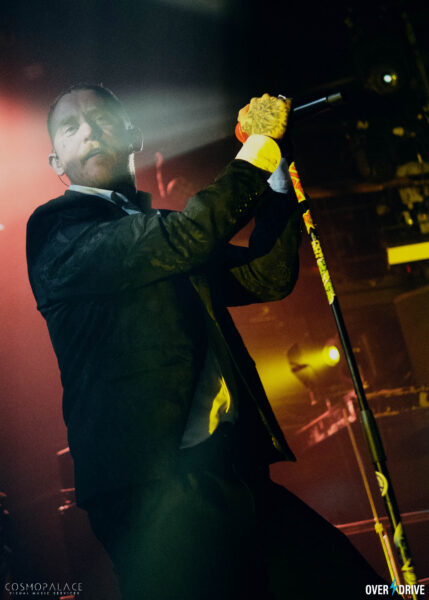 Not only was tonights show a celebration of the bands’ new album, but a celebration of live music, the importance of creativity and expression, and a reminder that if you look hard enough, you’ll find some good in a world that is littered with far too much bullshit.

Having seen Frank Carter and The Rattlesnakes numerous times, I departed those shows feeling fulfilled/energised and…well joyful, and last night was more than I or anyone could have asked for. Here’s hoping they return sooner rather than later. 9/10

The full setlist is below: