REVIEW – METALLICA ‘HARDWIRED… TO SELF DESTRUCT’


Calling all the angry mobs, music elitists, internet trolls and the overall population of the planets heavy metal armies! After nearly nine long years, METALLICA finally returns to the front lines of public speculation with critics, worshippers and the curious, all throwing in their 2 cents in response to their tenth studio album ‘Hardwired… To Self Destruct’ which is set for an official worldwide release November 18th. 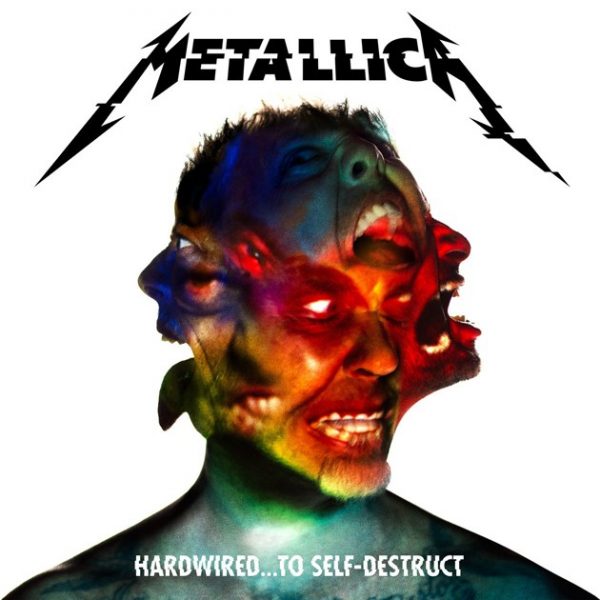 First off, let’s get something straight. This is not Metallica circa ’83 / ’92! That ship sailed many moons ago! However, as each year comes to an end and the sun rises across our cynical planet, the relentless whining of how “Metallica suck” or “Metallica sold out” continues to dominate in every corner of the worlds metal press; in one capacity or another. So, if you’re hoping for another Master of Puppets, then there really is no point in continuing to read any further.

Granted there were a few ‘potholes’ along the way with some questionable decision-making since 2008’s Death Magnetic. Lulu anyone? Not to mention the money pit which was Through the Never. However, the first few cuts from Hardwired.. restored faith in many, giving a glimmer of hope for an album that offered a return to grass roots resembling a band we all fell in love with back in the 80’s and in some cases the 90’s. Well, folks, this is not the case with Hardwired…To Self Destruct.

Opening with the album’s title track (also the shortest track on the LP) see’s a rush of adrenalin; as the intro literally gets the heart pounding with excitement. If you’re reading this, then I’m sure you are more than familiar with Hardwired…To Self Destruct track. Three minutes and nine seconds of glorious, face-smashing riffs and galloping drums pummelling the eardrums! No complaints here in terms of the opening track. More, please!

What’s apparent from the get-go with Hardwired… is the production, which is the handy work of Greg Fidelman, also responsible for Death Magnetic. Packed full of chunky bass and possibly one of the best sounding drum recordings in Metallica’s back catalogue, the good news continues with ‘Atlas Rise‘, again, a track that was officially released prior to the album. Unlike Death Magnetic’s riff and ‘sticky tape’ attempt towards their heavy roots, the arrangements on the first few tracks of Hardwired.. move flawlessly in unison, displaying a truly solid and well-constructed balance, which is demonstrated perfectly with the NWOBHM influenced, ‘Now That We’re Dead‘.

Hetfield’s vocal delivery weaves through the likes of ‘Moth Into Flame‘ and the glorious ‘Dream No More‘ (which has an almost Alice In Chains sense about it), with ease, offering memorable melodies, that are obviously built to take up residency in your cranium.

With a pace that is more in tandem with the infamous Black Album, Hardwired..To Self Destruct, is rich in flavour, complex, yet wonderfully digestible and loaded with hooks. Although the naysayers will criticise the tracks such as ‘Halo on Fire‘ upon first listen, I feel that it’s warranted for a reminder that this is Metallica 2016 and not to expect ‘Fight Fire with Fire‘ anytime soon.

There are slight elements of Megadeth here and there with ‘Halo on Fire‘ and disc two’s first cut, ‘Confusion‘ in terms of use of key change and layered guitar work, however at a far slower pace. Although not entirely bad, ‘Confusion‘ and ‘ManUNkind‘ offer the album’s first slight bumps in the tracklisting. A series of riffs that simply co-exist rather than integrate, plod through both tracks, offering little to the imagination.

As the album’s compass finds its way back on course with ‘Here Comes Revenge‘ the step-down tuned guitars work tremendously well with Hetfield’s lower register, giving a subtle edge to the heaviness of the album’s content. Kirk Hammet’s approach to solos seems more adventurous and packed full of swagger this time around, rather than his usual over indulgence on the wah pedal shredding. Just have a listen to the stoner influenced ‘Am I Savage‘ which will drift through your skull like lightning-infused fog and a definite album highlight, for his use of tone and space.

Obviously an ode to the late great Lemmy Kilmister of Motörhead, ‘Murder One‘ opens with that distinctive Metallica tone and melody, implying the imminent arrival of the first ballad on Hardwired… before transforming into a chunky, slab-heavy lunging beast. Drifting slightly off track here and there especially with Hammet’s wah pedal noodling, which is a shame, we find ourselves with the last offering from this highly anticipated album and man oh man, it’s a fucking belter!

Like a punch in the face, ‘Spit Out The Bone‘ just machine-guns riffs from the tracks first few seconds and doesn’t’ let up. Without a doubt, one of the heaviest tracks on the album. All the boxes are ticked here, with Trujillo unleashing a bass-boner riff, loaded with fuzz before, Ulrich, Hammet and Hetfield bring the back-up and proceed to kick your fucking arse! Talk about saving the best till last!

Hardwired… to Self Destruct is the Metallica album we have all been waiting for. A mature, well-constructed and impeccably produced album, loaded with material that genuinely holds the attention of the listener. There is no doubt that they have wandered into uncharted waters here and there, with reference to genre and arrangement but taking risks has become second nature for this legendary band and unlike some of their previous attempts, this, their tenth studio album is a triumph. 4.5/5 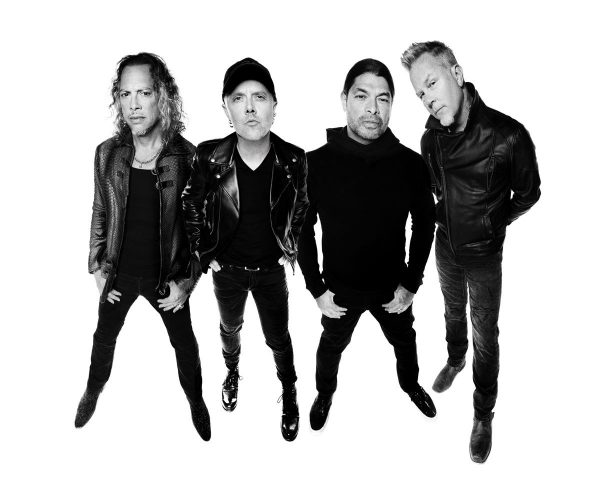