The High-Priest of Horror Rob Zombie, has released a  second trailer for his next feature film, ‘The Lords of Salem. The rocker-director has been drip feeding audiences with the first trailer on his recent controversial live tour with Marilyn Manson.

Sheri Moon has been Rob Zombie’s muse for a decade, with the blonde bombshell and accomplished actress appearing in Zombie films ‘House of 1000 Corpses,’ ‘The Devil’s Rejects,’ ‘Werewolf Women of the SS,’ the remakes of ‘Halloween 1 + 2′ and ‘The Haunted World of El Superbeasto.’ It’s easy to see why in the trailer for ‘The Lords of Salem,’ as Sheri looks hot as ever while portraying what seems to be a captivating character.

The synopsis of ‘The Lords of Salem’ reads:

From the singular mind of horror maestro Rob Zombie comes a chilling plunge into a nightmare world where evil runs in the blood. The Lords of Salem tells the tale of Heidi (Sheri Moon Zombie), a radio station DJ living in Salem, Massachusetts, who receives a strange wooden box containing a record, a “gift from the Lords.” Heidi listens, and the bizarre sounds within the grooves immediately trigger flashbacks of the town’s violent past. Is Heidi going mad, or are the “Lords of Salem” returning for revenge on modern-day Salem?

It may be simple to brush off a musician who ventures into a new medium, and many critics have when it comes to Rob Zombie’s films, but when you compare this horror trailer to some other scary movies coming out this year, ‘The Lords of Salem’ looks top-shelf visually.

On other news, the eagerly awaited new ROB ZOMBIE album ‘Venomous Rat Regeneration Vendor’ is OUT APRIL 23 ON ZODIAC SWAN/T-BOY/UMe

“I think for the first time this new album perfectly merges the old days of White Zombie with the future of what I am doing now. I think fans of both will agree that this is the perfect combo of both worlds”

Check out the second trailer for Rob Zombie’s ‘The Lords of Salem’ below and get ready for the film’s release on April 19, a week earlier than previously announced. 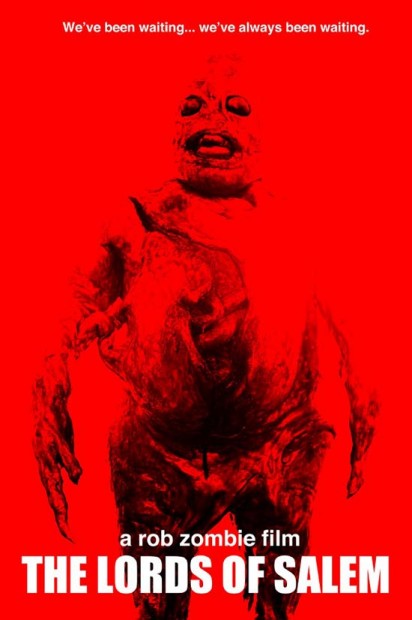