Thrash icons SACRED REICH have wrapped recording on ‘Awakening’, their first studio album in 23 years, which is set for release later this Summer via Metal Blade.

A taste of new music comes via brand new track, ‘Don’t Do It Donnie’, available via a limited edition split 7” vinyl on 19th April, featuring a flipside track (‘They Scream’) from Richmond, VA thrashers, IRON REAGAN.

The vinyl will be limited to just 1000 copies, available to pre-order from EMP or Metal Blade’s eBay Store. Check out ‘Don’t Do It Donnie‘ below;

Comments SACRED REICH frontman, Phil Rind: “We are stoked to do a split with Iron Reagan.  When we began as a band in 1986, we were influenced lyrically by punk bands and the Reagan era, so this is a great way to get back to our roots.  The song is a heavy and cheeky middle finger to the politics of today. You’d think we’d have learned by now! There is a reason our first record is called ‘Ignorance’.”

Last month, the band saw founding member and guitarist Jason Rainey step down due to health concerns.  A 22-year old Phoenix native, Joey Radzi will has stepped into the band on rhythm guitar and has been recording tracks for the new album.  Joey tells us: “I am stoked to join a band that I have been listening to since I was a kid.  My parents are huge fans too and we are all super excited.”

SACRED REICH’s new album ‘Awakening’ has been recorded with producer Arthur Rizk and engineer John Aquilino at The Platinum Underground studio in Arizona. More details on ‘Awakening’ will follow soon.

In the interim, SACRED REICH have just announced NIGHT DEMON as support for their European tour, which kicks off on 8th November in Denmark.  Full EU dates run as follows:

Pick up UK tickets over at www.ticketmaster.co.uk and www.theunderworldcamden.co.uk for London. 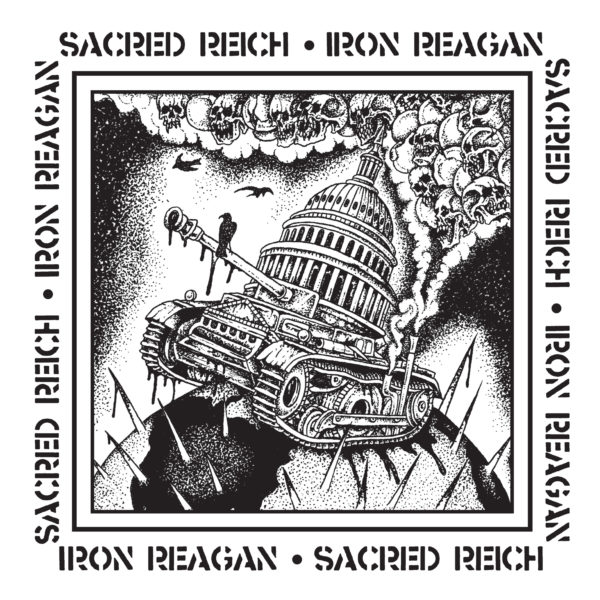