SEPULTURA TO FEATURE FAITH NO MORE’s BILLY GOULD ON THEIR WEB SHOW AS SPECIAL GUEST TODAY!


Today, Brazilian heavyweights SEPULTURA will welcome a guest to be a part of their weekly SepulQuarta session: FAITH NO MORE’s Billy Gould will join SEPULTURA’s Paulo Xisto for a live Q&A with their fans! 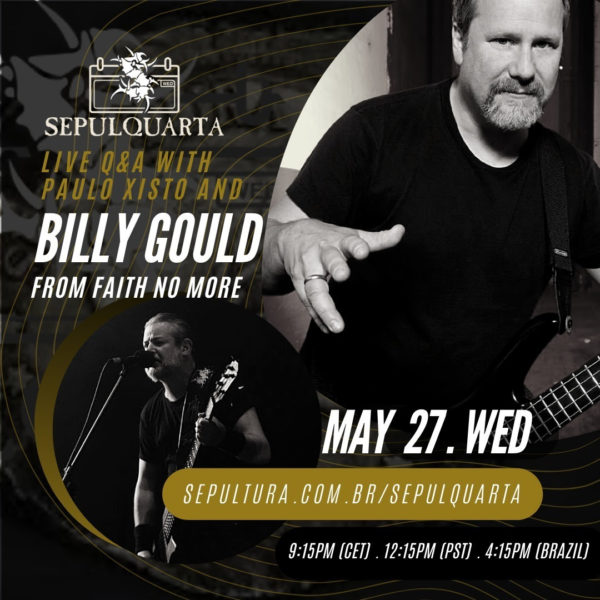 The Q&A with Billy Gould and Paulo Xisto will kick off at 20.15 tonight, after which SEPULTURA will present a live performance of one of their songs from their respective quarantines in Brazil and the United States, plus have a chat about stories from the past and anecdotes from their colourful history as a band.

“SepulQuarta was born out of the necessity to express ourselves in a different way since we’re all facing a new situation. We came up with this idea still influenced by the concept of our recent album ‘Quadra’, using geometry, numerology and numbers. Wednesday, which is the fourth day of the week, was chosen for the event.”

SEPULTURA’s killer latest album Quadra was released in February of this year.

Pure and raw thrash on one side and melodic yet experimental on the other – with their catchy and fascinating concept album based around the number of manifestation, SEPULTURA define their own universe where they alone are the masters of their Quadra.