There’s only one week to go until Californian death metal act SKELETAL REMAINS release their forthcoming third studio album, entitled “Devouring Mortality” on 13 April 2018 via Dark Descent Records in North America and Century Media Records for the rest of the world. 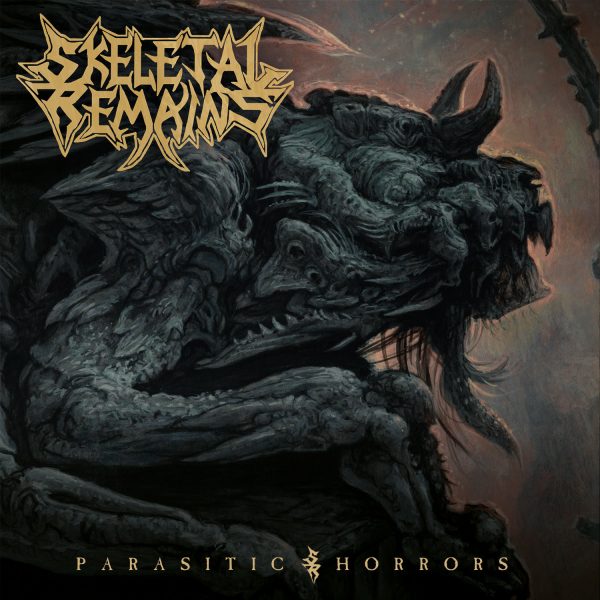 The band have released a brand new single from the upcoming release. Check out ‘Parasitic Horrors’ below;

Now, as a final track from this opus, SKELETAL REMAINS proudly present ‘Parasitic Horrors’. Bassist Adrian Marquez comments: “The idea for ‘Parasitic Horrors’ came from HP Lovecraft’s Cthulhu Mythos. It is about these monstrous alien type entities who are the definition of insanity and reside outside the cycle of reality. Their sole purpose is to corrupt and destroy all life in the known universe from the inside out ..and there’s no escaping them, not in this life or the next… Enjoy!”

To present the new record live, SKELETAL REMAINS will join label mates Angelus Apatrida on their European tour in May 2018.

Inspired by 90’s legends from Death over Pestilence to Gorguts, Morbid Angel, and Demolition Hammer, “Devouring Mortality” proves to be SKELETAL REMAINS’ most diverse and crushing opus to date.

“Devouring Mortality” is available for pre-ordering as Special Edition CD Digipak including the bonus track ‘Hung, Drawn and Quartered’ – a cover version of UK’s Cancer – plus 3 stickers, as jewel case CD, and on 180-gram vinyl plus CD and 60x60cm sized poster. The international vinyl version is available in the following editions:
100x transparent yellow (sold out!)
200x dark green (sold out!)
Regular black
Order your copy from this location.
All pre-sale options can be viewed here:

SKELETAL REMAINS formed as Anthropophagy back in 2011, released the two much-lauded studio albums “Beyond The Flesh” (2012) and “Condemned To Misery” (2015) via German label FDA Rekotz, constantly toured Europe, the US and Japan, and performed at renowned festivals such as Maryland Death Fest, Party.San, Brutal Assault, Obscene Extreme and Hellfest.