Words That Burn have been off-radar for the last 6 months working on the follow-up to their crushing ‘Pyres’ release. Overdrive caught up with vocalist, Roni Vox for an update on the new album and when we can expect to hear some new material…

From their 2016 debut to 2019’s’Pyres’ sophomore LP, [which was bursting with the bands’, now trademark’ anthem-laced bangers], Words That Burn continue to fuse contemporary heavy-as-fuck metal with an abundance of alternative overtones and it looks like they are working on, what sounds like, their heaviest and most adventurous album to date…

Fast becoming one of Ireland’s rising metal bands’, Words That Burn know only too well that album number three has to be above and beyond anything they have attempted in the past.

With previous singles such as ‘Riptide‘ and ‘Deathgrip‘ catching the attention of media outlets in the UK, mainland EU, and America, the Dundalk-based four-piece are deep in the process of creating a blistering sonic collection of songs that will, no doubt, further their plans of world domination… OD – Words that Burn are back in the studio working on the follow-up to ‘PYRES‘, is there any info you can share with us as to how the recordings are going?

RONI – The sessions are going really good albeit it’s kinda weird. We’re so used to getting in a room together and playing and recording. The lads have been extensively & intensely tracking remotely over the last few weeks and musically, it’s really coming together.

I was getting some dodgy looks from the neighbors when I was doing the demo vocals in my box room so for doing them properly we were lucky enough to have friends accommodate us.

Paul Finn of ‘The Flaws’ fame has been kind enough to give us his studio & and another good friend, Darren Clarke ( sound & recording engineer for The Coronas, The Academic, Ham Sandwich), has been at the helm for the recording sessions. We have main guitars, bass, and vocals down now for 6 of 10 songs, and so far they sound animal.

OD – With regards to the number of tracks you’re working on, do you have about the same amount of pre-production tracks on the go as you did prior to recording ‘PYRES‘?

RONI – The album will have 10 songs. We pretty much started writing again as soon as PYRES was released back in 2019. There are 2 songs from back then that through a number of reincarnations have made the cut, but there are others, as much as we liked them, that didn’t. We wanted to push the sonic envelope further on this record and they sounded too similar to what we did previously.

OD – If you can, please shed some light on the new material. Is it more in the vein of the last album or have you pushed the creative boat out even further this time around?

RONI – I think over the last 2 records we developed a WTB sound that is the foundation for how we write but no record sounds similar. Each one has its own identity. The same for this new one. There will be familiarities but we’ve pushed things further this time around. We were like, “fuck it, we go big or go broke” on this.

It’s heavier in places and it’s more poppy in places. Each song almost has its own unique characteristics in that when they are played as a full album, it kinda takes you on a fucked-up fairground ride, but at the same time, we wanted each song to be strong enough where we’d be in a situation where we could put all the songs in a hat and be happy that what we randomly picked could be a single! 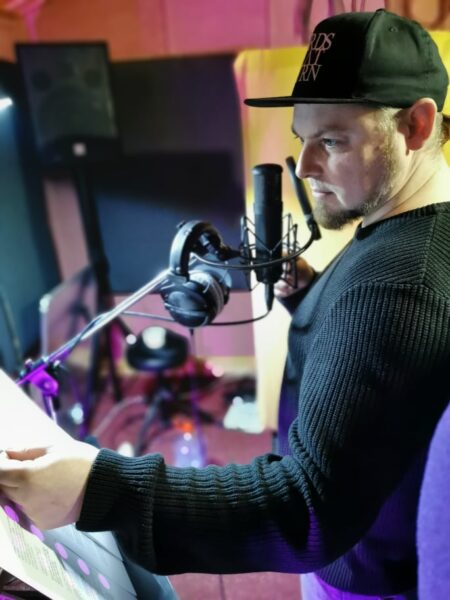 OD – How have you been able to put things together with the lockdown etc, as I’m sure it’s been a real headache at times?

RONI – The wonders of the internet! We started in the same place we have done with every record, Shane sends over his initial ideas, and we all pitch in, tweak and review until we’re happy with the structure and I do my vocals to see if everything works.

It’s a kinda rinse and repeat the process until we’re all good. There are some tracks that took very little tweaking, some took months to get right. The only part of the equation that we were missing this time around was jamming live.

OD – With regards to production, have you made any choices as to who will be working on the album?

RONI – After speaking to a number of local and international producers, we have a fantastic guy lined up. I’m not letting the cat out of the bag just yet, but this guy is a very well-established American producer who has worked on bands’ that we love. So very, very excited to be working with him. 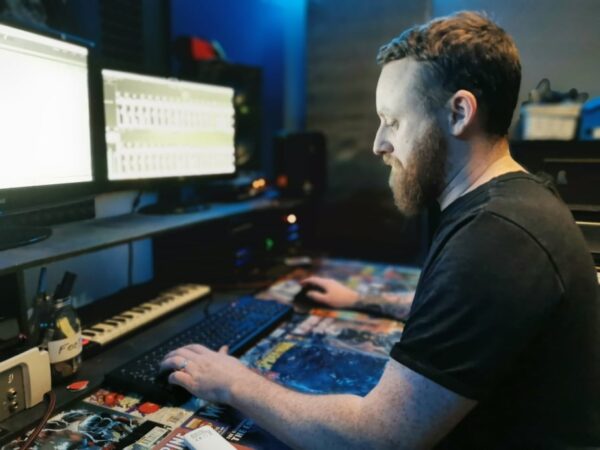 OD – Are there any particular themes in the songs that you can discuss with us at this stage?

RONI – This record is much more observational than the other records. The last 2 records were very introverted lyrically. This one is more from a bystander’s POV. There are still some very personal emotions in there, but this time I had a bit of fun and got to poke some hornets’ nests. It’s by no means a political record, but being a fan of satire, I thought I’d work some of that into the mix.

OD – Have there been any challenges for any of you with regards to pushing your ability to play above and beyond anything you’ve ever done in the past?

RONI – Musically and vocally this was the big one for us all. Since we decided to do another album in mid-2020, and knowing where we wanted the songs to go, we knew there was a lot of graft about to happen. As things turned out, we had the time that we weren’t jamming together to practice more.

When I heard the music tracks prior to going into the studio I was like “these boys have fucking killed it on these tracks”. I don’t think I’ve pushed myself this hard on a record before. Live shows are going to be intense!!

OD – The band’s sound is evolving with each album with a lot more punch, groove, and strong rhythm presence, is this the case with the new songs also?

RONI – 100% yes. I think we’re of the opinion that we don’t want to do the same thing twice. In this supersaturated and competitive game we’re playing, a band needs to have its own identity. We’re always pushing to achieve that. But ultimately it boils down to one thing for us, is this music that we love to listen to. Like, if you don’t love your own shit, you don’t have much of a chance that anyone else will.

OD – With regards to other albums that you’ve been drawing influence from, for drums, bass, vocals, or guitar sounds, can you share some with us? 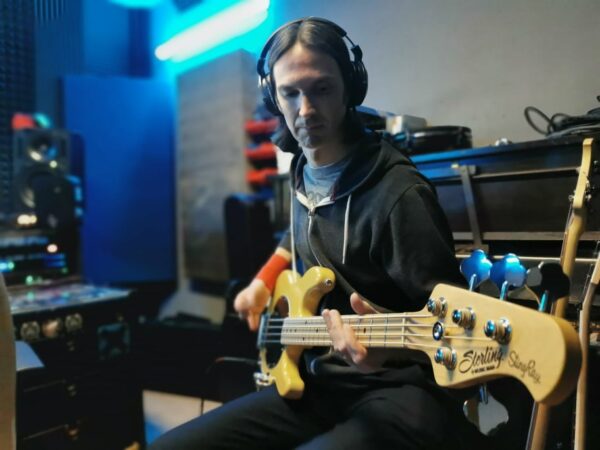 OD – Have you decided on a release date or is it a little too premature to know at this stage?

RONI – Way too early at this stage. I’d imagine the first single will be later this year or early 2022 but we have to put a solid game plan in place first. I have a really big idea for music videos, but it’s fucking nuts, so we’ll see if that can happen!!

OD – Despite the pandemic, do you think that the album was very much shaped, as a result of being at home more, or with more time on your hands?

RONI – I think it was going to happen one way or another. But the time away from each other definitely had an influence on getting it going. We just wanted to stay productive with writing and then we made the call to just go for it. We had the basis there with no objective. Deciding to make an album gave us an objective to strive towards.

OD – Have there been any album title suggestions yet?

RONI – Nothing as of yet. I still have to name half the songs!! Once all the ingredients are together and the cake is in the oven, I’ll get working on the icing.

OD – At this stage, have you earmarked any singles that you’d like to see come off the album prior to the official release [whenever that will eventually be?

RONI – Nothing as of yet, which is either a really good sign….or a bad one [Laughing]. It’s hard to call right now. I heard the newest version of the first song we wrote almost two years ago and I’m like “single!!”, but I’ve been saying that a lot lately, so, I really don’t know!

For more information on Words That Burn, please visit this link. The guys are currently having a 50% discount sale across all of their merchandise. You can purchase from their online shop here.