Both Suffocation and Belphegor have added a London date as part of their ‘Europe Under Black Death Metal’ tour. Get full details below; 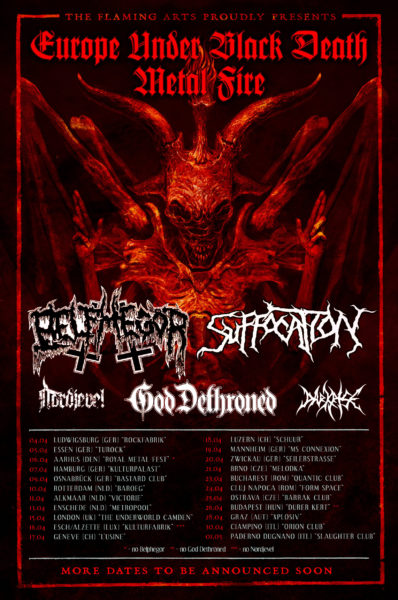 New York death metal pioneers SUFFOCATION and diabolic death/black commando BELPHEGOR have teamed up for a co-headlining tour across Europe in April, due to feature a show in London at The Underworld on April 15th!

Special guests will be GOD DETHRONED and supporting acts NORDJEVEL and DARKRISE. The tour will kick off in Ludwigsburg on April 4th, with more dates and cities due to be announced soon. Spread the word!

Get SUFFOCATION’s latest album “…Of The Dark Light” HERE as well as the new vinyl re-release of “Blood Oath” HERE.