Bay Area thrash metal legends TESTAMENT, who are currently touring the U.S. with OVERKILL and FLOTSAM AND JETSAM, will record their show at The Paramount in Huntington, NY this Friday February the 15th for an upcoming DVD/CD release. The band is calling on their fans attending this event to make this the craziest TESTAMENT show ever caught on camera!

“We haven’t shot a live DVD or CD since our Live in London release and we’ve had two killer albums since then,” commented vocalist Chuck Billy. “We thought it would be cool to put out a live DVD/CD focusing on the last three records (The Gathering, The Formation of Damnation and Dark Roots of Earth) mixed in with a good amount of classics too. Last time we recorded anything live in America was for Live at the Fillmore on the West Coast. This time we thought we’d give the East Coast a chance to show the world how crazy and loud they can be. We’re going to be playing an extra-long 17 – 18 song set, which will be our lengthiest set of the tour. Let’s see all you thrashers stirring it up out there and singing along! See ya!”

This special DVD/CD release is expected later this year via Nuclear Blast Records. 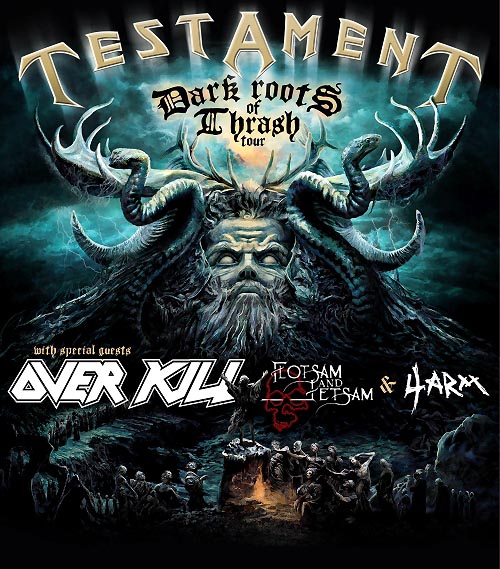