As we approach the end of yet another year, a last-minute rush of excitement has gripped the Overdrive office and that’s all thanks to The Halo Effect. Find out more below… 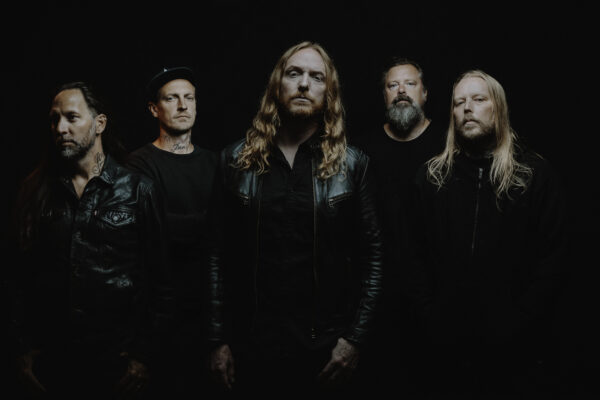 Featuring five former members of In Flames, The Halo Effect are set to turn heads in 2022 and if you’re not convinced, then check out their blistering new single ‘Shadowlands’ below…

Listen for yourself via the stream below:

Stanne was only a member of In Flames for a brief time in the early ’90s. He appears on their album Lunar Strain, and went on, of course, to front Dark Tranquillity, a band of which he is still a member today.

Strömblad left in In Flames in 2010 and appears on all of their releases up to and including 2008’s A Sense of Purpose. He has been openly critical of In Flames since leaving the band, calling it “a sinking ship” and suggesting that the remaining members should change the name given their new creative direction and how few founding members are left in the line-up.

Iwers left In Flames in 2016 after nearly two decades with the group to “pursue other endeavors.” He started a new band, Cyhra, with Strömblad the following year.

Svensson left In Flames in 2015 after 17 years “to take care and spend more time with the most important people in my life – my wife and my three daughters.”

Engelin, meanwhile, replaced Strömblad in In Flames… but has been sitting out touring with the band since 2019 “due to strong medical advisement.” Chris Broderick (ex-Megadeth, Act of Defiance) has been filling in ever since. It’s not clear if Engelin will ever return to In Flames or not.

As of this writing, The Halo Effect have released just one single to date with more material and news of an album to come in early 2022. They will be featured as special guests on The Vikings and Lionhearts co-headlining tour featuring Amon Amarth and Machine Head which was announced last week.

Tickets are on sale NOW via Ticketmaster which includes their exclusive Irish show in the capitals 3Arena on September 13th. 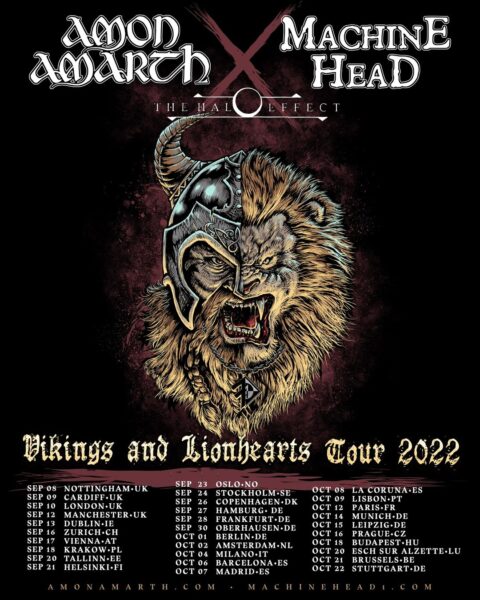