For ten years, Australia’s The Rum Jacks have been unleashing one glorious racket which comprises elements of Celtic Folk and glorious Punk Rock. On October 10th. the Sydney-based five-piece will be wreaking havoc in Whelans! 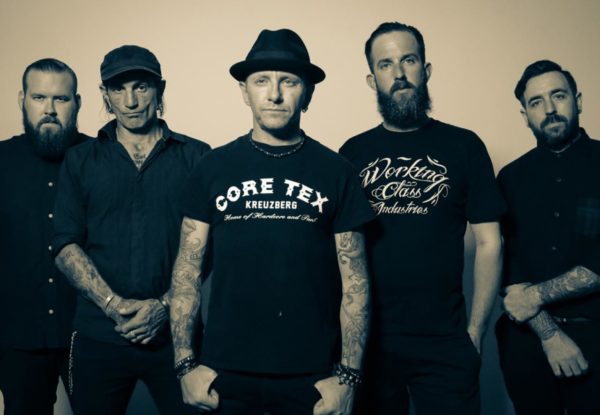 Imagine Rancid getting drunk with Flogging Molly and you’re pretty much The Rum Jacks backyard!

The Rumjacks are back on the road. 2018 will mark their 10 year anniversary! So, to celebrate, they’ll be playing Whelan’s on Wed 10th Oct as part of their “10 Year Anniversary Tour”. Tickets €18 are on sale from this link.

Since the bands’ inception in Sydney, Australia in late 2008 when McLaughlin met Bassist Johnny McKelvey, they have racked up millions of YouTube views, with over 24 million of these alone for their breakthrough track ‘An Irish Pub Song’.

Other stunning videos that capture the incredible live energy of the band include ‘Uncle Tommy’, ‘Blows & Unkind Words’ & ’Plenty’, while ‘Crosses for eyes’ and ‘Me Old Ball & Chain’ see them hard at work in the studio.

The videos for ‘Home’, ‘One Summers Day’ were made while The Rumjacks were on tour, and stand testament to the bands’ enormous appeal wherever they go.

Their incendiary live performances and their seemingly endless touring regime has seen them share the stage with acts as diverse as Dropkick Murphys, The Interrupters, Anti Flag, CJ Ramone, The Real McKenzies, Gogol Bordello, Ruts DC, Guttermouth, GBH, UK Subs and The Aggrolites. “We’re at home on any lineup in front of any crowd, I think there are elements of what we do that must appeal to just about anyone.”