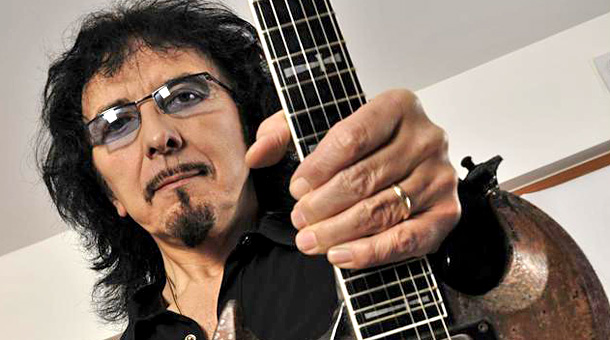 Where do old guitar strings go to die? Well, they don’t, at least in the case of Black Sabbath’s Tony Iommi. The guitar deity has elected to donate his old guitar strings to Wear Your Music, a charity that takes musician-used strings and fashions them into wearable jewelry, such as bracelets and necklaces. Iommi’s recycled strings will become snazzy bracelets. They’re like pieces of musical history.

WYM donates the proceeds of sales of the accessories to the Nordoff-Robbins charity, which launched in 1958 and uses music as a form of therapy for children with learning disabilities.

Anyone well-versed in Sabbathian lore knows that Iommi suffered an injury that could have derailed his future as a guitarist. While working in a factory as a young man, he sliced off the tips of several fingers and has to use a light gauge string in order to compensate. That material makes these particular bracelets more special than, say, your average guitar strings repurposed as bracelets.

Fans interested in wearable instruments, so to speak, can own Iommi bracelets for $100. They won’t set you back by much and like we said, it’s like wearing heavy metal history on your wrist.

In other Sabbath news, the band’s latest album, ’13,’ is out on June 11. It’s currently streaming via the iTunes Store.