Following their impeccable ‘Queen of Time’ LP earlier this year, Amorphis will take to the stage as Friday headliners for the mighty Tuska 2019 Metal Festival alongside Slayer who have also been confirmed as the Saturday night headliners. 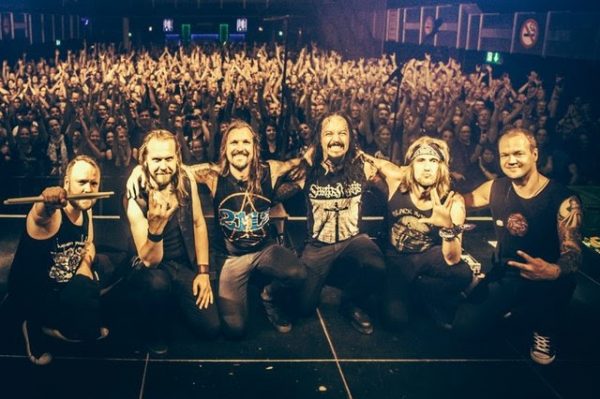 Amorphis hit the jackpot with their current Queen Of Time album which was released earlier this year to critical acclaim.

Venues have been packed all over and the band’s show has taken a leap into new dimensions. Therefore, we are proud to announce that Amorphis are the headliners for Friday, June 28th!

At Tuska, Amorphis turns it up one louder, as they perform the new ”Queen Of Time”-album in its entirety. This of course includes the appearance by the amazing Anneke Van Giersbergen. Queen Of Time Special show can only be seen at Tuska and Provinssi at Seinäjoki.

NORTHERN SPECIALTIES
Norway’s black n’ roll comet Kvelertak are back at Tuska with a new singer (pictured below). The band have been laying low since the departure of Erlend Hjelvik. New vocalist, Ivar Nikolaisen has been throwing down some spectacular performances by all accounts and with the band accompanying Mastodon for all of their European / UK dates in March, they will be a well-oiled machine by the time they hit Tuska!

Heilung is an experimental folk experiece, amplified history from early medieval northern Europe. Heilung’s live-performance is something that everyone should see and feel.

Numerous bands will be added to all festival days.

Other ticket categories, VIP-tickets and prices will be announced later. Please visit this link for further details. 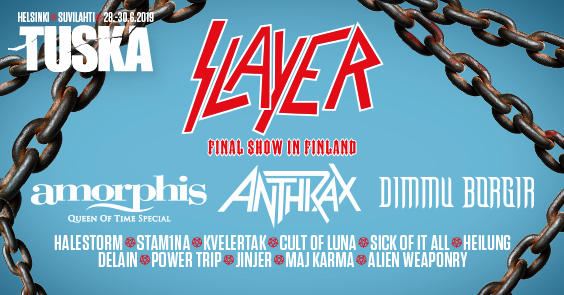