Fresh from the critically acclaimed release of their debut album “Ghosts Of Yet To Come” and support to Steel Panther and Inglorious across the UK in January 2018, Wayward Sons are pleased to announce a full headline UK tour in April 2018. 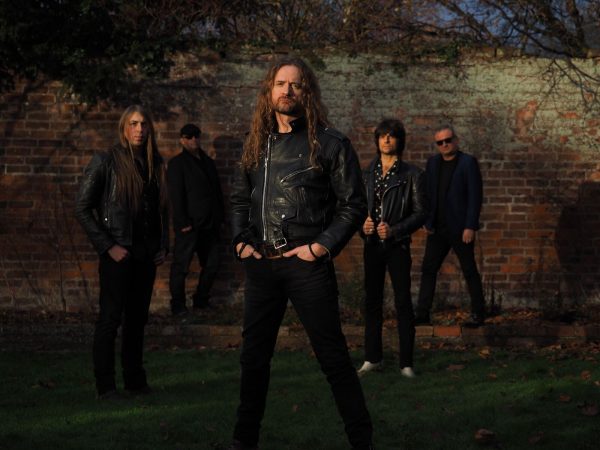 To coincide with the headline shows, Wayward Sons will be releasing a brand new single “Don’t Wanna Go”, taken from their debut album “Ghosts Of Yet To Come”.
The band are also thrilled to announce they have been nominated for 3 Planet Rock “The Rocks” awards: Best British Album, Best British Single (Until The End), Best New Band.

Wayward Sons is a UK guitar act made up of Toby Jepson (Vocals/Guitar), Sam Wood (Guitar), Nic Wastell (Bass), Dave Kemp (Keys) and Phil Martini (Drums). They have an impressive resume of groups they have previously worked with – Little Angels, Gun, Spear Of Destiny, Treason Kings and Chrome Molly to name a few – which is reassuring in terms of the band as players but doesn’t really hint at their sound.

Wayward Sons sound nothing like the sum of their parts. The music is hard rock but mixed with a vitality and energy – both musically and lyrically.

“Ghosts Of Yet To Come” is a hugely accomplished debut album – as might be expected. From the staccato riffing of “Give It Away” to the melodic intro of first single “Until The End”, from the hard rock of “Ghost” to 4/4 rock of “Don’t Wanna Go”, the album sounds familiar yet of its own. The album was produced by Wayward Sons (Toby Jepson’s previous credits as a songwriter and producer include the likes of Katie Melua, The Virgin Marys, The Answer and Toseland) and Chris D’Adda (Nick Cave And The Bad Seeds). 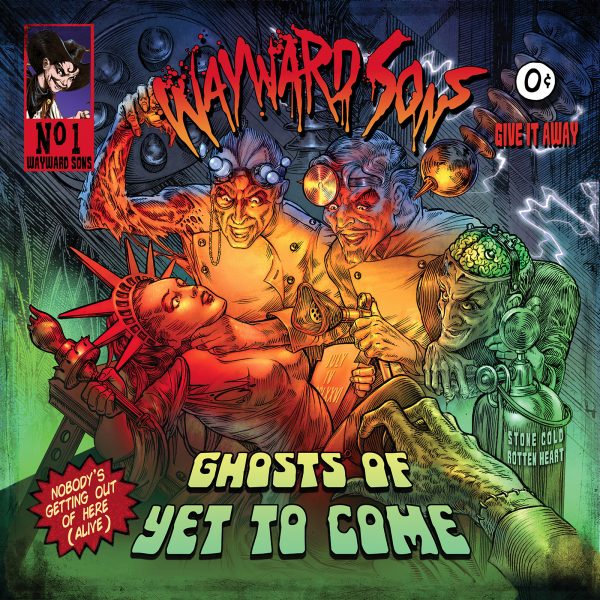 With an extensive touring experience under their belt, including UK festivals in 2017 and support to Steel Panther, UFO and Inglorious, Wayward Sons are now ready to embark on a headline UK regional tour this April. In addition, Wayward Sons will join British legends Saxon on their Autumn UK tour this October.

Tickets available through all usual outlets.
“Ghosts Of Yet To Come” is available now through Frontiers Music Srl. 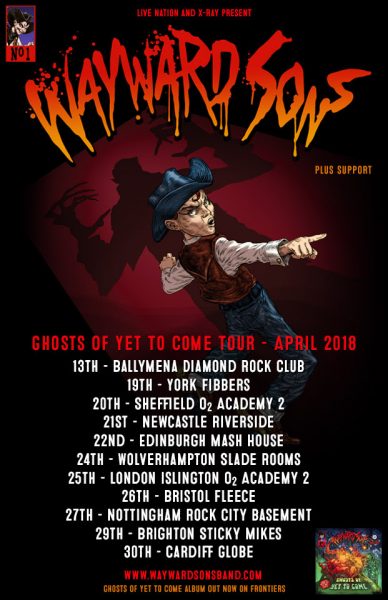