One of the most influential bands in Rock history, Led Zeppelin are just about ready to drop the final remastered three albums at the end of this month. In case you have been living under a rock, the band’s iconic guitarist, Jimmy Page was the head honcho for all the remastering and we here at Overdrive can safely say that each album sounds impeccable, with lashings of low end, balanced middle and crisp clear high end. Find out more about the final three releases and be in with a chance to win deluxe copies of all three! 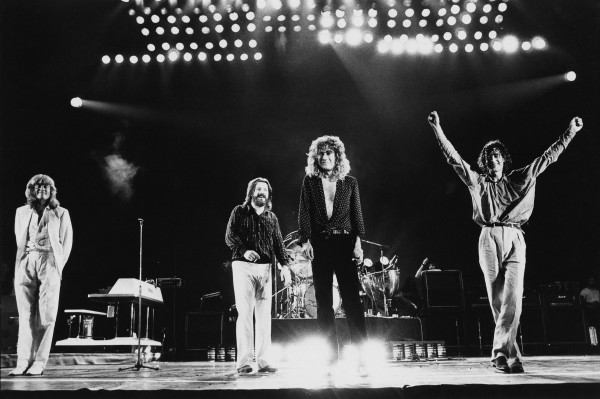 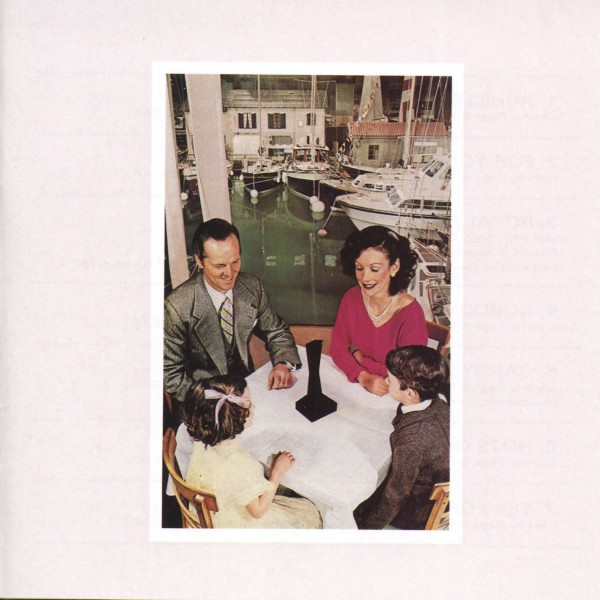 Deluxe editions of Led Zeppelin’s final three studio albums: Presence, In Through The Out Door, and Coda will be released on Friday July 31st . The reaction to the first six Led Zepplin album reissues has been extraordinary, with albums charting in the Top 10 around the globe whilst also garnering 5-star reviews and other critical accolades along the way.

As with the previous deluxe editions, Presence, In Through The Out Door, and Coda have been newly remastered by guitarist and producer Jimmy Page and are accompanied by companion audio comprised of previously unreleased music related to the original release selected and compiled by Page. 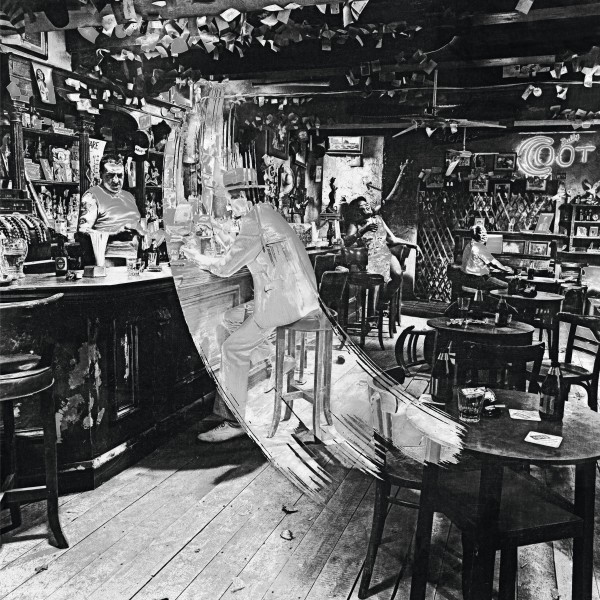 Presence, In Through The Out Door, and Coda will each be available July 31 from Atlantic/Swan Song in the following formats:

• Single CD – Remastered original album. Presence and Coda will be packaged in a gatefold card wallet. All CD and LP versions of In Through The Out Door will be wrapped in a brown paper page replicating its initial release.

• Single LP – Remastered album on 180-gram vinyl, packaged in a sleeve that replicates the LP’s first pressing in exacting detail. All vinyl versions of In Through The Out Door will also include the water-sensitive insert that replicates the inner sleeve from the album’s initial release.

• Digital Download – Remastered album and companion audio will both be available.

o High quality print of the original album cover, the first 30,000 of which will be individually numbered. 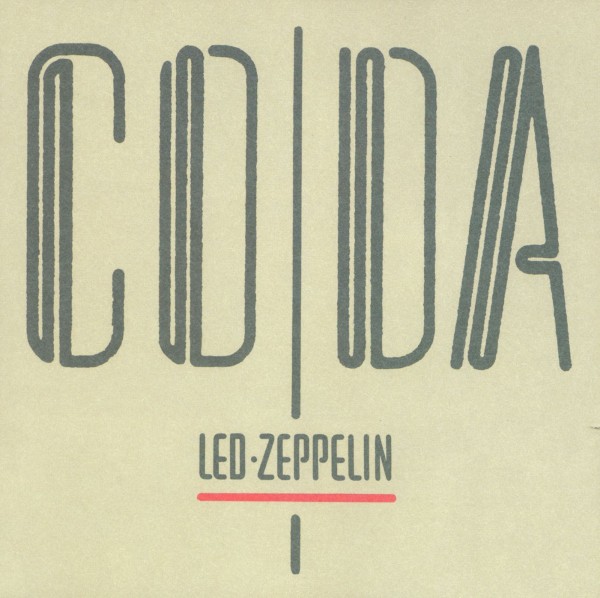 Originally released in 1976, Presence was recorded during a whirlwind 18-day session at Musicland Studios in Munich, Germany. The album—which peaked at #1 in both the U.S. and UK and was certified triple platinum—crackles with energy on Zeppelin classics like “Nobody’s Fault But Mine” and “Achilles Last Stand” and delivers powerful jolts of the group at its visceral best.

The companion audio disc that accompanies Presence has five unreleased reference mixes from the sessions, which reveal works in progress. Along with alternate incarnations of “For Your Life” “Achilles Last Stand” and “Royal Orleans,” there is also the previously unheard instrumental curiously titled “10 Ribs & All/Carrot Pod Pod (Pod).”

On its release in the summer of 1979, In Through The Out Door topped the U.S. and UK album charts and has since been certified six-times platinum. Sadly, it would be the last album that Led Zeppelin recorded prior to drummer John Bonham’s passing the following year. Among the seven album tracks are “Fool In The Rain” and “All My Love,” two songs that remain rock radio staples to this day.

The album’s companion audio disc features an unreleased rough mix of every track from the original album, including early versions with working titles such as “The Hook” (“All My Love”), “The Epic” (“Carouselambra”), and “Blot” (“I’m Gonna Crawl”).

The appropriately titled Coda was Led Zeppelin’s final album of studio recordings. Released in 1982, it was comprised of eight unreleased tracks recorded between 1970 and 1978. It peaked at #6 on the album charts and has been certified platinum in the U.S. 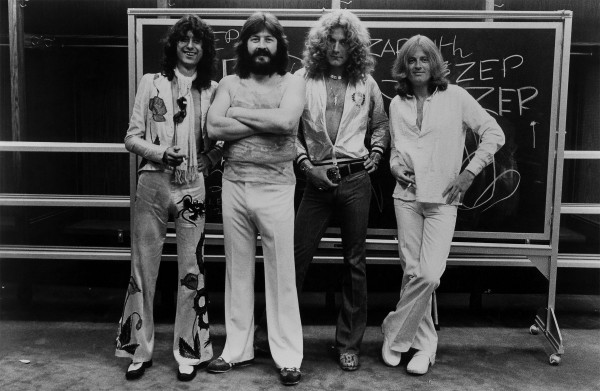 The reissue campaign ends with a double-barrel blast of Led. Coda will be the only Led Zeppelin deluxe edition to include two companion discs, featuring 15 tracks recorded between 1968 and 1974. The oldest song in the collection is also perhaps the most interesting. The frenetic blues jam “Sugar Mama” was recorded in 1968 at Olympic Studios during sessions for the band’s eponymous debut. The song was completed but never officially released until now. “Baby Come On Home” from the same session is also included in the set. Also included is the previously unreleased “St. Tristan’s Sword,” a rollicking instrumental recorded during the Led Zeppelin III sessions in 1970.

In 1972, Robert Plant and Jimmy Page took a fabled trip to India to perform with the Bombay Orchestra and now, for the first time, recordings from these sessions will be officially released with dynamic takes on “Friends” and “Four Hands” (“Four Sticks” from Led Zeppelin IV). Among the many other highlights featured here is an early version of “When The Levee Breaks” from 1970 titled “If It Keeps On Raining”; rough mixes of “The Wanton Song” and “In The Light,” from the Physical Graffiti sessions at Headley Grange, the latter a different alternate version than the one included in the Physical Graffiti deluxe edition; and an instrumental mix of “Poor Tom” from 1970.

In 1968, Jimmy Page formed Led Zeppelin, one of the most influential, innovative and successful groups in modern music, having sold more than 300 million albums worldwide. The band rose from the ashes of The Yardbirds, when Page brought in Robert Plant, John Bonham and John Paul Jones. In 1969, Led Zeppelin released its self-titled debut. It marked the beginning of a 12-year reign, during which the group was widely considered to be the biggest and most innovative rock band in the world.

Led Zeppelin continues to be honored for its pivotal role in music history. The band was inducted into the Rock & Roll Hall of Fame in 1995, received a Grammy Lifetime Achievement Award in 2005, and a year later was awarded with the Polar Music Prize in Stockholm. Founding members Page, Plant, and Jones, and along with Jason Bonham, the son of John Bonham – took the stage at London’s O2 Arena in 2007 to headline a tribute concert for Ahmet Ertegun, a dear friend and Atlantic Records’ founder. The band was honored for its lifetime contribution to American culture at the Kennedy Center Honors in 2012. In January of 2014, the band won their first ever Grammy award as Celebration Day, which captured their live performance at the Ertegun tribute concert, was named Best Rock Album. 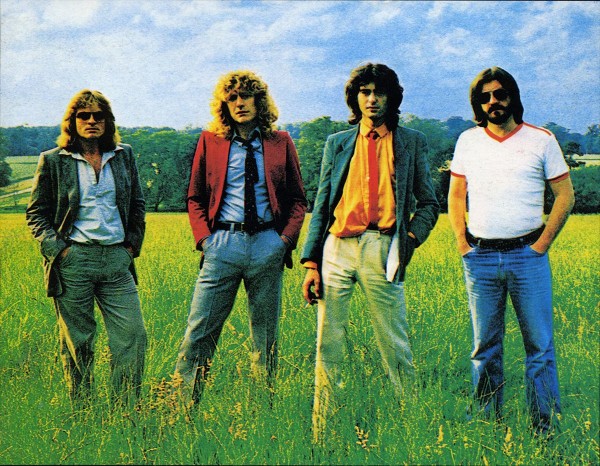 Overdrive has three sets of all the albums to give away and all you have to do is the following: 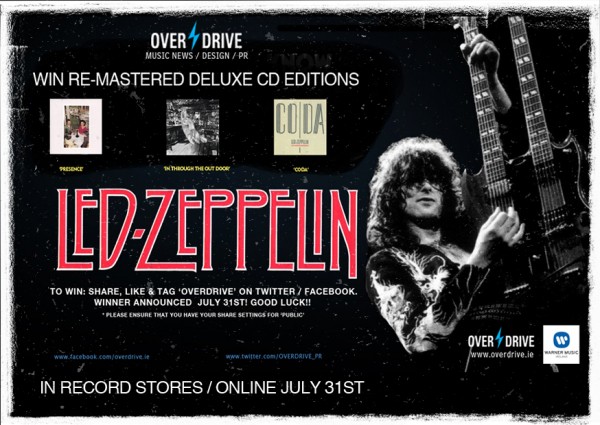 PRE-ORDER FOR ‘PRESENCE’, ‘IN THROUGH THE OUT DOOR’ & CODA HERE.

For more information on Warner Music Ireland, hit the links below: