WIN PASSES FOR THE DARKNESS IN DUBLIN’S ACADEMY ON NOVEMBER 27TH!


UK rock band The Darkness are pleased to announce a headline Dublin show at the Academy on Wednesday 27th of November 2019 and Overdrive has one pair of passes up for grabs. Find out more below; 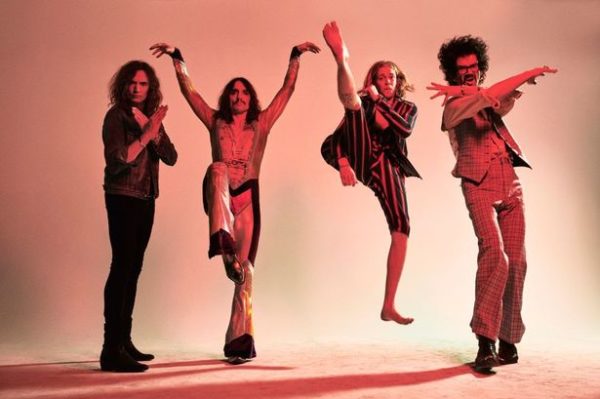 The Darkness have announced that they’ll release a new album later this year. It’s titled Easter Is Cancelled, and it’s set to arrive on October 4 via Cooking Vinyl.

Having formed in 2000,  The Darkness consists of Justin Hawkins, his brother Dan Hawkins, Frankie Poullain and Rufus Tiger Taylor. The Darkness came to prominence with the release of their debut album, Permission to Land, in 2003 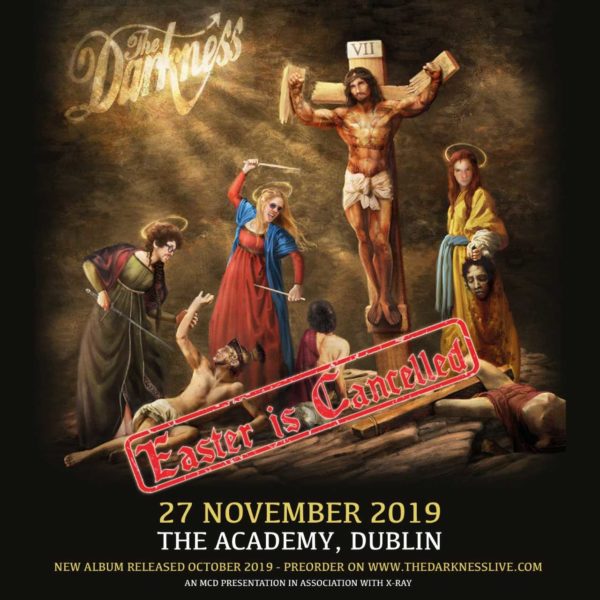 Frontman Justin Hawkins says: “We live in dark times. As power-hungry clowns cast a shadow of despair across this land, our people cower in tumbledown hovels. The birds do not sing and the children do not dance. Hope is crushed.

“We are men in tight costumes and we are ready to fight with every weapon that our forefathers have bequeathed – the guitar axe, the drum hammer, the bejewelled codpiece and the banshee wail of righteous anger.

“Nor shall we be cowed by the nay-sayers, nor shall we be bought off by the money lenders, nor gagged by the reeking stench of pious indifference that pours from the orifices of the clown-lords.

“Cometh the time, cometh the band. We are The Darkness and we bring you light.”

The Darkness will be taking to the stage in Dublin’s Academy on Wednesday, 27th November with tickets on sale from Friday, April 12th priced at €30 (inc booking fee).

For your chance to win one pair of passes (2 tickets) please enter by following the simple steps below;

Winner will be chosen at random and contacted privately on Thursday, April 18th at 10am. 18+ only. 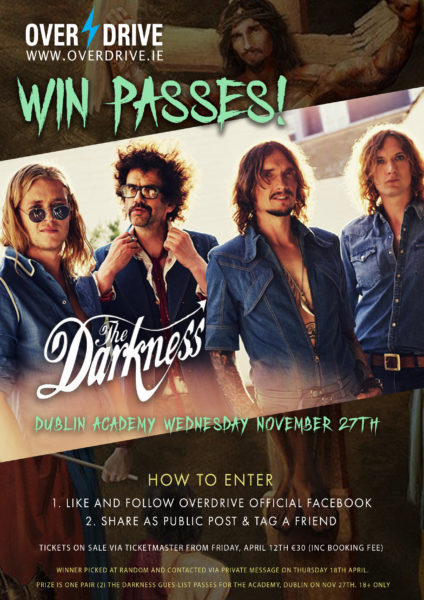