August Burns Red have confirmed they will play The Academy on Saturday 8th February. Support from Being As An Ocean. Win tickets to the show here! 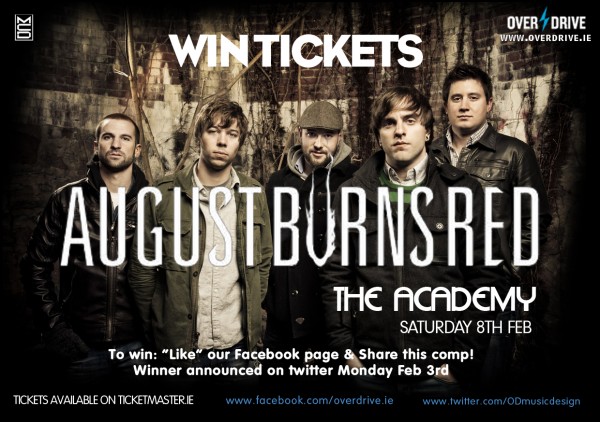 The band have recently released their latest album ‘Rescue & Restore’, it is a colossal effort which turns a critical eye to the oft-maligned genre, leading by example to prove that bands can still find exciting new ways to expand the genre without simply falling into repetitive trappings. “Rescue & Restore is about challenging other bands and ourselves, as well as fans of this music, to want more than whatever happens to be the current buzz,” explains guitarist and principal songwriter JB Brubaker. “We’ve done our best with each new album to try to push our sound in new directions and we’d like to see our peers do the same. 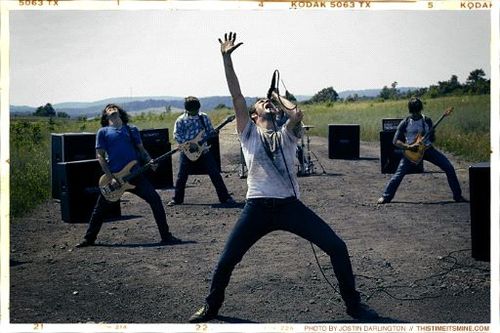 People need to realize that there’s not much of a difference between a metalcore song that has a couple breakdowns with a repeating chorus and the latest Lady Gaga song. This genre used to be better than that. It can still be better than that.”Rescue & Restore marks AUGUST BURNS RED’s fifth proper album, fleshing out an impressive body of work that also includes a live record, a collection of B-sides, and a 2012 holiday album, Sleddin’ Hill, released over the band’s lauded decade-long career. Since launching out of Manheim, PA, the industrious outfit has successfully transitioned from shake-up-the-field upstarts to one of the biggest names worldwide in the genre.

On stages across the U.S. to Europe, Japan, Australia, South America and more, from renowned fests such as UK’s Download Festival to the Warped Tour, which they join again in 2013 as a mainstage act, AUGUST BURNS RED have spent years taking their music and message directly to fans, and in the process have grown into one of the leading forces in the modern metal scene, a fact bolstered by their 1.4 million Facebook fans and more than half- million albums sold.

AUGUST BURNS RED cemented their status with the June 2011 release of their fourth studio album, Leveler, which rocketed to the top of the Billboard charts – debuting at #11 on the Billboard 200 in addition to entering the charts as the #1 Hard Rock album and #2 Rock album. Adding to the stellar debut is the incredible durability and staying power Leveler has displayed, having become the band’s fastest-selling album to date by a significant margin.

FOR MORE COMPETITIONS/NEWS/REVIEWS AND SPECIAL DEALS ON OUR RANGE OF CUSTOM DRUM SKINS, STAGE BACKDROPS, ALBUM & LOGO DESIGN, ELECTRONIC PRESS KITS & MERCHANDISE, CHECK OUT OUR HOME PAGE. KEEP UP WITH ALL OUR DEALS ON OVERDRIVE/FACEBOOK & OVERDRIVE/TWITTER