Win Tickets to WE ARE IN THE CROWD in Dublin.


The Poughkeepsie, NY quintet – consisting of lead vocalist Tay Jardine, vocalist/guitarist Jordan Eckes, guitarist Cameron Hurley, bassist Mike Ferri and drummer Rob Chianelli – is finally taking its time after four whirlwind years together will be taking to Dublin’s Academy on Monday 27th January and you have a chance to win a pair of tickets. What are you waiting for… 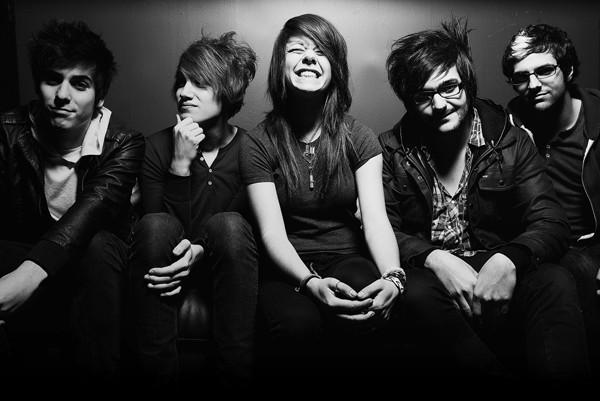 Born only in 2009, the band released its debut EP, Guaranteed To Disagree, in 2010 before pumping out its debut full-length, Best Intentions, in 2011.

They’ve been touring heavily during that entire timeframe, sharing the stage with All Time Low, Mayday Parade, Yellowcard, Never Shout Never and many more – turning first-time listeners into diehard fans with the aid of Jardine’s infectious attitude and spunky, quick-witted personality. She’s got the type of stage presence that drives guys crazy (in a good way) while making girls want to emulate her…but expended all that energy can exhaust a girl and her bandmates.

“We got burnt out – a lot,” Jardine admits. “Two years for a record cycle is pretty long these days. There were days where – you know, sometimes you just stress yourself out.”
Constant life on the road has been tough on the five 20-somethings.

Breakdowns are common in a van full of people trying to perform their best on a night-to-night basis while also trying to figure out who they are. But it’s also brought WATIC – who were already as tight-knit a family as you could find – even closer together.
Jardine explains, “There’s been a lot of learning, a lot of growing up together. We still fight like children, but we lean on each other to overcome tough situations. This record has a lot to do with what we’ve learned; there are songs about us and who we want to be and how we want to be identified as people.”

The February 18th release of Weird Kids comes with the pressure of following up a highly successful debut album. Sophomore records come with their own voodoo – the dreaded “sophomore slump” always in the back of a band’s head – and Best Intentions ups that ante a bit. The album took WATIC to high places, debuting at No. 122 on the Billboard Top 200 and launching the band into worldwide exposure – they rocked the covers of Alternative Press and Kerrang! Magazine, played huge festivals like Reading and Leeds, garnered over 3 million YouTube views for their “Never Be What You Want (Acoustic)” music video and even received a prestigious Kerrang! Awards nomination for Best International Newcomer in 2011.

While some bands might be content to rest on the laurels of newfound success, WATIC had no such interest, heading into the studio with more determination than ever. And, finally armed with the opportunity to take their time and focus on creating the exact album they wanted to create, the band felt no pressure at all.

Taken out of her comfort zone and opening up to someone she had just met resulted in Jardine writing the most personal lyrics of her life. There’s plenty of wit here – the insane catchiness of “The Best Thing (That Never Happened)” is accompanied by Jardine’s snarky take on a “shitty breakup” – but there’s also more depth than WATIC has ever offered its fans. The moody opener “Long Live The Kids” is “an emotional roller-coaster of a song,” according to Jardine, where the band displays its versatility. It’s We Are The In Crowd’s most dynamic song to date, something the band focused its energy on while working more closely together than ever before. All the while, Jardine and Eckes continue their gender-blending tradeoffs in the vocal department.

“Windows in Heaven” sees Jardine at her most vulnerable, singing a ballad about her late father. “My dad was a musician,” she says, “and he’s always in my head when we’re out reaching these milestones in our band’s career. When we got signed, when we play a big show, I always wish I could call him and tell him about it. We played the main stage at Reading and Leeds and I remember looking up and thinking, ‘Would you be proud of me?’ I wish I knew what he felt about me doing all this.”

To enter the competition simply “Like” our Facebook Page & Share the competition on your timeline. Winner announced on our Twitter page on Monday 27th January. So, you better start following us on that as well! 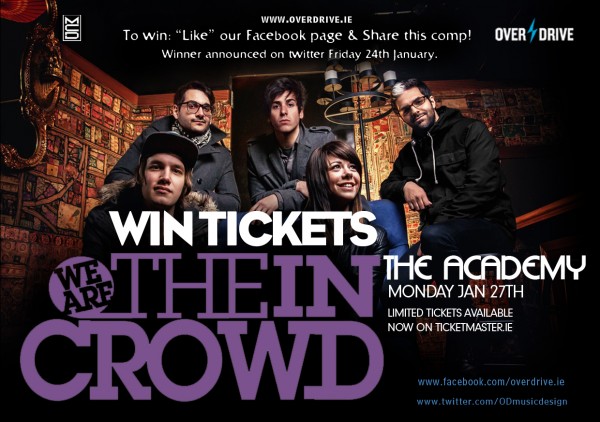 WE ARE THE IN CROWD