GRAHAM BONNET is a rock legend. With a pedigree that includes Rainbow, MSG, Alcatrazz, and Impellitteri, he is one of the finest vocalists of his generation and will be taking to the stage in Dublin’s Voodoo Lounge on Monday, 21st November. For a chance to win tickets to this exclusive Irish show, simply scroll down and follow the instructions! 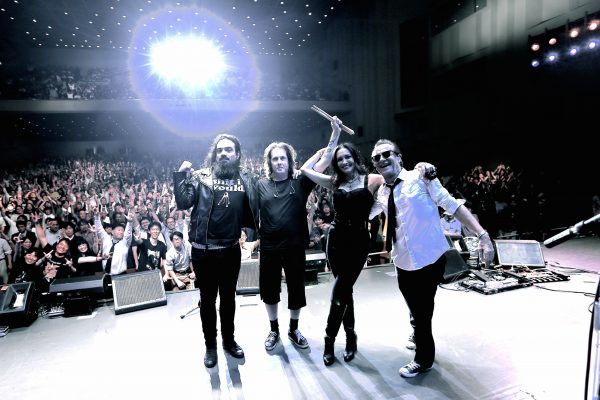 If you’re not familiar with the spellbinding voice of Mr Graham Bonnet, let us educate you for a moment. Get your pencils at the ready kids, because rock royalty will be hitting the Voodoo Lounge stage in just under 2 weeks!

His is a recognizable and unique voice on a number of classic hard rock albums, including Rainbow’s Down To Earth (1979), Michael Schenker Group’s Assault Attack (1982), Alcatrazz’s No Parole For Rock ‘n’ Roll (1983) and Disturbing The Peace (1985), and Impellitteri’s Stand In Line (1988). This is a huge deal to see such a legend perform in the intimate surrounds of such a small venue. Having been chosen by the infamous Richie Blackmore to replace the late Ronnie James Dio in Rainbow back in 1979, Bonnets career went from strength to strength finding himself fronting some of the most important hard rock bands of our generation, all the while earning his place in rock music’s history books.

The new album, The Book offers 11 new songs where Bonnet lays down his legendary vocals over a selection of hard rock tunes that are chock full of great hooks and melodies. “The songs on the album are very similar to what I have done in the past with Rainbow, Alcatrazz and MSG,” says GRAHAM. “I think this is what people want to hear from me and won’t be disappointed“. 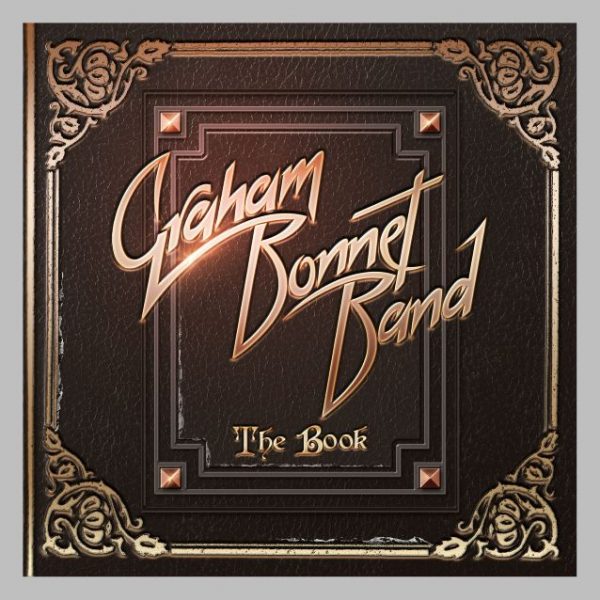 GRAHAM BONNET is in fine form and the album is easily his best in decades: 11 new tracks that will blow hard rock fans away! The album also includes a bonus disc featuring re-recorded versions of some of the most well-known classics he has sung in his solo career and with Rainbow, Alcatrazz, MSG and Impellitteri.

THE GRAHAM BONNET BAND has spent the last 12 months touring solidly around the world, with performances at several major European festivals including an acclaimed set at Sweden Rock 2016. The Book will be supported with several shows in the UK and Spain in 2016, with more dates to be added. 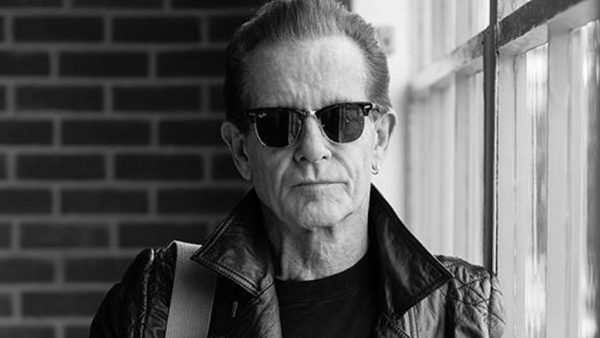 For your chance to win one pair of tickets for Graham Bonnet Band in Dublin’s Voodoo Lounge on Monday, 21st November, simply share this post on your social media forums, and mention Overdrive in your comments! Please make sure that you make your post PUBLIC, as it’s the only way we can see that you have entered correctly! 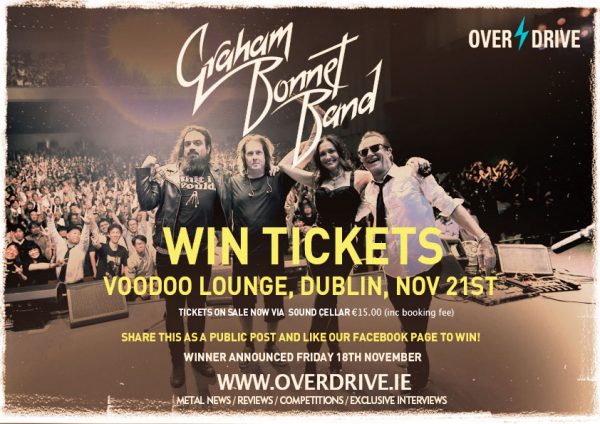