Every now and again, genres collide with artists taking on a project/song from outside their own universe. In this case, Ireland’s Words That Burn have done just that, with their own imagination of Billie Eilish’s ‘Everything I Wanted’ – a fundraising project for the Sophie Lancaster Foundation. Find out all about it below.

With their latest album ‘Pyres’ approaching its one year anniversary this week (June 11th), Words That Burn have taken on a crossover project with their own version of Billie Eilish’s ‘Everything I Wanted’.

The guys are delighted to be working with the Sophie Lancaster Foundation for this project and will be donating all proceeds to the organisation.

We are extremely grateful that in these trying times for the support from Words That Burn and their fans, new and old.

They are asking fans to mime along to sections of the song and then send it over to them to be used in the video, so please help out, submit your mime and purchase the song when it’s released!

We spoke to vocalist, Roni Vox about the project and why they choose to take on such an unexpected impression of an artist outside of their genre…

OD – What made you decide on doing a cover of Billie Eilish, “Everything I Wanted”?

RONI – I think Billie Eilish is one of the best new artists to come on the music scene in the last 10 years; regardless of genre. She has something about her that just lifts off the page. When I first heard “Everything I Wanted”, I instantly messaged the rest of the guys and said; “We should cover this. It’s such a beautiful song“. 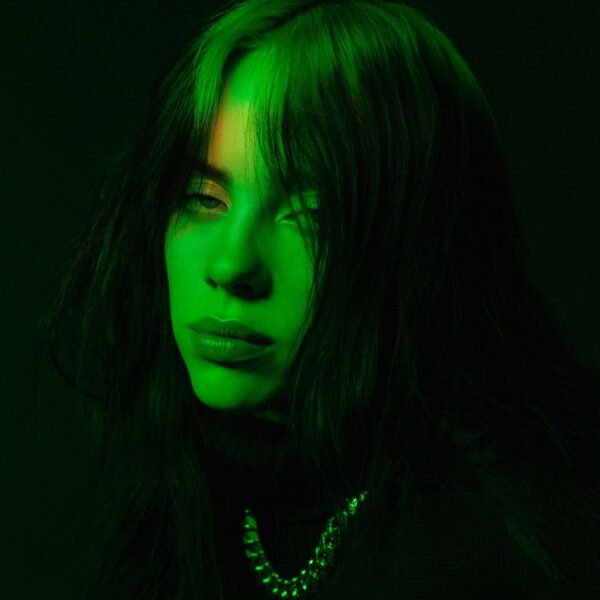 OD – With regards to the lyrics in the track, did that have a personal connection with you, or one of the other guys in the band?

RONI – The “as long as I’m here, no one can hurt you” line…. Yes, 100%. I had flashes in my head of different scenarios which I or others have, or could possibly be in and it made me genuinely well up. Everyone needs that person who is there for them to protect them or hug them or whatever… Even 40-year-old, overweight, wannabe rockstars like yours truly! [Laughs]

OD – When taking on a different interpretation of another artists song, especially from a different genre, did you have any reservations as to how it would translate to your audience?

RONI – We kinda just went through the same process we go through with our own songs and that’s basically to do what feels right for the song. But with a song as delicate as this we wanted to do it justice and not tear it up too much. We just wanted to put a WTB flair to it. I think our friends & fans will like it!

OD – I understand that you have a request for people that wish to take part in the songs official video, can you please tell us a little about what exactly you are looking for and what people should do if they want to get involved?

RONI – We wanted to do something ‘artsy‘ with the video originally, but when we discussed it a little more, we collectively decided that we were not being as inclusive as we needed to be with the concept.

The song doesn’t belong to us, so the video shouldn’t either. When I listened to the original version by Bille it felt like a big hug, so that kinda inspired this idea for the video.

We want the video to include our brothers and sisters from the alternative scene, in fact, we want it to include anyone who sees themselves as an outcast, anyone who has been hurt, trodden on, abused, heartbroken….. Let you tell your stories.

We want this to do something positive – maybe even connect us all in a tiny way for just a moment.

So what we are looking to do is the following:

OD – I believe that Words That Burn are a collaboration with the Sophie Lancaster Foundation on this, how did all of that come about?

RONI – When we finally decided on the concept for the video, we talked with our manager Oran about how we can hopefully do a bit more with it, something good with it. I got bullied in school, for years, and it fucking sucked. And it still resonates with me. I know what it’s like to not have a voice. 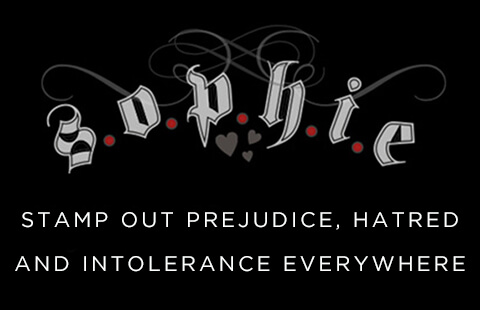 The Sofie Lancaster Foundation is that voice. We were so happy when they agreed to work with us on this project. They are known to everyone in the metal community and are massively respected for the work they do. Their ethos is applicable not only to the alternative sub-cultures but to all walks of life.

The metal community is known for being welcoming to all walks of life. Working with the SLF we want our message to grow from the inside out.

OD – With respect to the memory of Sophie Lancaster, do you feel that there is still a level of bullying and profiling that happens to people that choose to look different in our society?

There is too much hate in the world. And it’s caused my people looking outward rather than inward. If we spent more time focusing on being the best us we can be there wouldn’t be any energy left to pick on someone else.

OD – Now that the restrictions from the lockdown are slowly easing, have you guys had the chance to get back in a room together again and knock out a good old-school rehearsal?

RONI – Yes….. and it felt amazing. It was so good to see the lads in real life again. We blew off the cobwebs with a few songs and then back into it as if we’ve been jamming every week!

OD – I understand that Shane (Martin, Guitars) has been busy working on new ideas, can you give us a little insight into how things are sounding in this early stage?

RONI – Yes, he’s taking our stuff to the next level. They sound nothing like what we’ve done before. The next track you hear from us with (hopefully) be like WHAAAAAAT??!!!!

OD – Finally, are there plans for a new album or EP next year and if so, when can we expect to see a release?

RONI -We have a bunch of songs at different stages of completion so possibly, but nothing is set in stone just yet. One thing is for certain, there will be new music soon!

Words That Burn “Pyres” is out now and available via this link. Also available exclusively in Tower Records, Dublin.